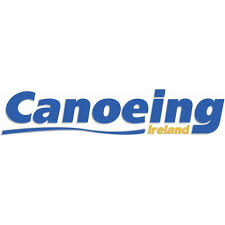 Problem to be solved

Due to organisational turbulence over a number of years a culture of mistrust developed within Canoeing Ireland. Many stakeholders viewed leaders within the organisation with suspicion, communication was stilted, and the organisation became argumentative and inwardly focused. Sporting bodies rely heavily on the goodwill of volunteers to drive programmes at local level. It was apparent that volunteers felt let down by the organisation and their very valuable work became siloed and focused on their own area of interest. Shared strategic goals, which were timed for completion during this period, were negatively impacted by this disengagement. There was a need for radical action to mend the organisation and create a positive and productive culture. The board took collective responsibility for driving positive change through a series of measures designed to increase accountability and transparency. The board recognised the need for an integrated and interactive strategy for cultural change.

The board recognised that a core enabler of cultural change is a high level of trust. Relationships are complex and so is the trust building process. Being held to account, owning mistakes, being open to feedback and calling out behaviours that do not align with stated values became the norm in all board activities. The board supported this new behaviour with the following actions:

1. Signing a code of conduct which provided guidance on expected behaviours and interactions at meetings.

3. Welcoming non-executive members to the board to address any skills gaps that existed.

4. Creating a culture of openness and collaboration at board meetings.

5. Keeping stakeholders updated on activities through regular communication on the website and social media channels.

The board recognised early in the change process that communication with stakeholders was an issue. Although there was an abundance of outward communication, it was difficult to assess whether it was being heard. Communication was one sided and feedback was sporadic and negative. It appeared that the board had become irrelevant to many active members. For communication outward to have any impact it was necessary to adjust not only the tone of communications, but also the content.

Stakeholder mapping, with an emphasis on areas of interest was undertaken. Information was packaged so that it was relevant to the recipient. Keeping communications simple, to the point and delivered on the preferred channel of the stakeholder took time and forethought, but it was worth the effort. While cross channel electronic communication has allowed for instant delivery of information, it was recognised that phone conversations and face to face meetings were necessary to rebuild relationships. The response to this change was increased engagement with stakeholders and an increase in support for activities and the organisation. Previously one-sided communication became a conversation. Over a period of time the overly apologetic tone, which had become the norm, was softened and a positive new message of growth and development was adopted. Resourcing this area was the first step towards rebuilding trust with stakeholder.

Building accountability into every action and decision, reducing ambiguity, calling out bad behaviour, reflecting on successes and failures and renewed focus on high level impacts became the norm. This did not happen overnight and there were peaks and troughs throughout the process, but it was underpinned with the conviction that it was the right thing to do.

Based on results of stakeholder surveys, satisfaction ratings with Canoeing Ireland are rising. There has been a positive response to new initiatives, and we are becoming a cohesive team. It would be naïve to presume that we can relax and enjoy a bright future. Living up to expectations created by setting the bar high demands care and attention. After action and performance reviews and honest self-reflection continue to be measured on metrics which are aligned with company values.

Proudly Made in Africa
Scroll to top

This site uses cookies. By continuing to browse the site, you are agreeing to our use of cookies.

We may request cookies to be set on your device. We use cookies to let us know when you visit our websites, how you interact with us, to enrich your user experience, and to customize your relationship with our website.

Click on the different category headings to find out more. You can also change some of your preferences. Note that blocking some types of cookies may impact your experience on our websites and the services we are able to offer.

These cookies are strictly necessary to provide you with services available through our website and to use some of its features.

Because these cookies are strictly necessary to deliver the website, refuseing them will have impact how our site functions. You always can block or delete cookies by changing your browser settings and force blocking all cookies on this website. But this will always prompt you to accept/refuse cookies when revisiting our site.

We fully respect if you want to refuse cookies but to avoid asking you again and again kindly allow us to store a cookie for that. You are free to opt out any time or opt in for other cookies to get a better experience. If you refuse cookies we will remove all set cookies in our domain.

We provide you with a list of stored cookies on your computer in our domain so you can check what we stored. Due to security reasons we are not able to show or modify cookies from other domains. You can check these in your browser security settings.

We also use different external services like Google Webfonts, Google Maps, and external Video providers. Since these providers may collect personal data like your IP address we allow you to block them here. Please be aware that this might heavily reduce the functionality and appearance of our site. Changes will take effect once you reload the page.